It has been almost 3 years since I last traveled abroad to Barcelona. I had no intention of going back to Europe anytime soon, but all of a sudden I had to make plans to travel soon. It was a favor to someone dear to me whose brother left their country when they were younger, but never got in touch with the family since then. He was seen on YouTube, working at InGalera in Milan.

When my mother found out I was going to Milan, she wanted to go with me since she has not been to Europe at all. There are no direct flights to Milan from my home airport, only to Paris, Barcelona and Rome. Since I have been to both Barcelona and Rome, I decided to travel to Paris first. Switzerland, which I have not been to either is next to Italy, so I decided to travel there too. I started planning for a 3 country trip: France/Switzerland/Italy. 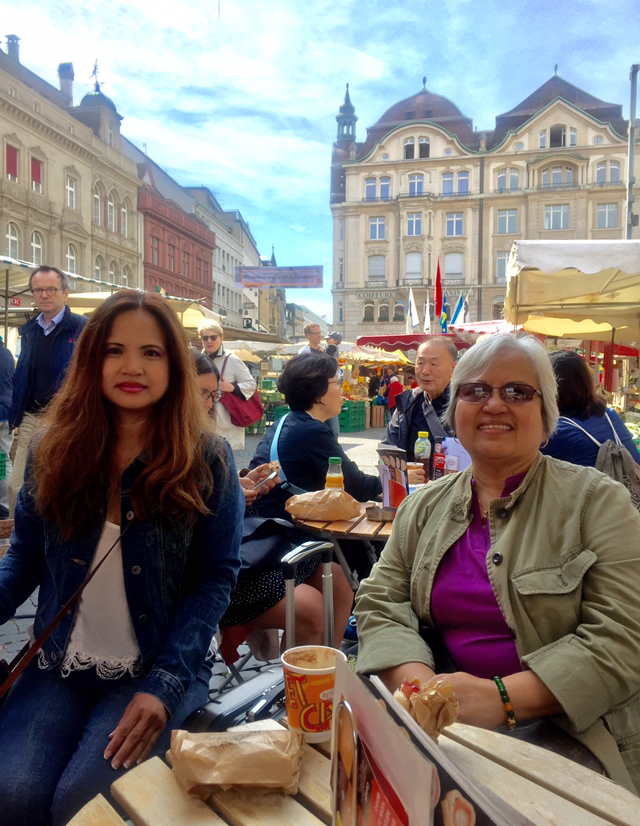 There was this lakeside villa in Italy where I took my mom to. You can’t find it on Viators, it’s not a popular destination. I actually found it by accident. I was trying to find a way to get to one of the tours Viator was offering and in the process I found it instead. When I posted the pictures on Facebook, one friend asked if we were in a group tour or if it was an escorted tour.

It was my mother’s first time, so I was guiding her and showing her everything. Sometime during the trip, she said something that made me think. She said, “Relly, you can already give tours yourself.” That gave me an idea. I remembered when I was staying in New Jersey after the first time I traveled to Europe, to Venice specifically, I was staying home, unemployed, and when I explored what I wanted to do, being a tour guide came up. I even found some schools online, but I decided not to take that path. It just didn’t seem possible at the time. For one thing, I have fear of public speaking. Another was, I had no idea what to give tours for, it had to be something I know a lot of. The idea of giving a small group tour to people I already know and take them to places I have already been, took care of these hindrances.

I never found the long lost brother, but that was not really the reason why I was supposed to be in Milan. It was only what made me go. When you take a risk and venture off into an unfamiliar place, there is always a reward. Serendipity does its magic and wah lah! Things happen for you.