Have you ever made a silent wish and deep down you knew it was never going to come true? It was just wishful thinking. You forget all about it. Many years pass by. Then one day, the Universe starts sending you clues to let you know your wish is about to come true, but you remain clueless until it actually happens. At least, that’s what happened to me.

The clues started appearing in July 2013 when I took my kids to LA. I decided to take them because they were still little the last time we went to Universal Studios, so they probably did not remember it anymore. I also wanted to try one of the bus tours. We took the tour called, "Los Angeles City, Movie Stars' Home & Beach Tour." One of the stops was Venice Beach. I have never been there before and was not familiar with it at all, so it was not what I expected. I felt lonely being there. The kids, being teenagers as they were, they wanted to explore on their own and they left me alone.

A month later, I went to Las Vegas for my birthday. The only reason why I went was because I had miles that would expire and had to use them. I did not stay in the city though, I stayed at Lake Las Vegas Resort. I stayed at Hilton Hotel. I chose it because of its beautiful Italian gardens.

Before the end of the year, I went to Cabo. I needed a break from work. My employer changed my job responsibilities after two of my co-workers left. I had too much on my plate and was under a lot of stress. I wanted to get away and relax. I wanted to go to Cabo for the first time. There were a lot of resorts to choose from, but I chose Fiesta Americana because I stayed at Fiesta Americana in Cancun before. On the way back to the airport at the end of my trip, I passed by this condo called, "Mykonos." I only glanced at it briefly, but it reminded me of Santorini. I saw a blue dome that looked like the ones in Santorini. I thought, “If I ever come back to Cabo again, I want to stay there.”

The following year, in the summer of 2014, as I was planning my move out of state, I decided to ship my car to New Jersey. I found out it would take two weeks for it to get there. An idea came to me of having a vacation for two weeks while I was waiting for my car to get there. I had always wanted to see Santorini, its whitewashed houses, blue domes and the colorful water surrounding it. I just thought it was so beautiful. I was not sure if it was worth it though, the expensive airfare and nearly 20-hour flight from San Francisco. Then, another idea came. I noticed one of the connecting flights was from Venice, Italy. So I thought of searching for flights to Venice, and I was so surprised to find a flight from Oakland, California to Venice, Italy for only $400.00 something. Therefore, the idea of a two-week European vacation was born, which was something I never thought I would be planning, especially not this soon. I had always thought, “if” it would ever happen, it would be when I am retired and old. I started to understand what serendipity meant. It was not my intention to visit Venice at all and yet I seemed to find it by accident. 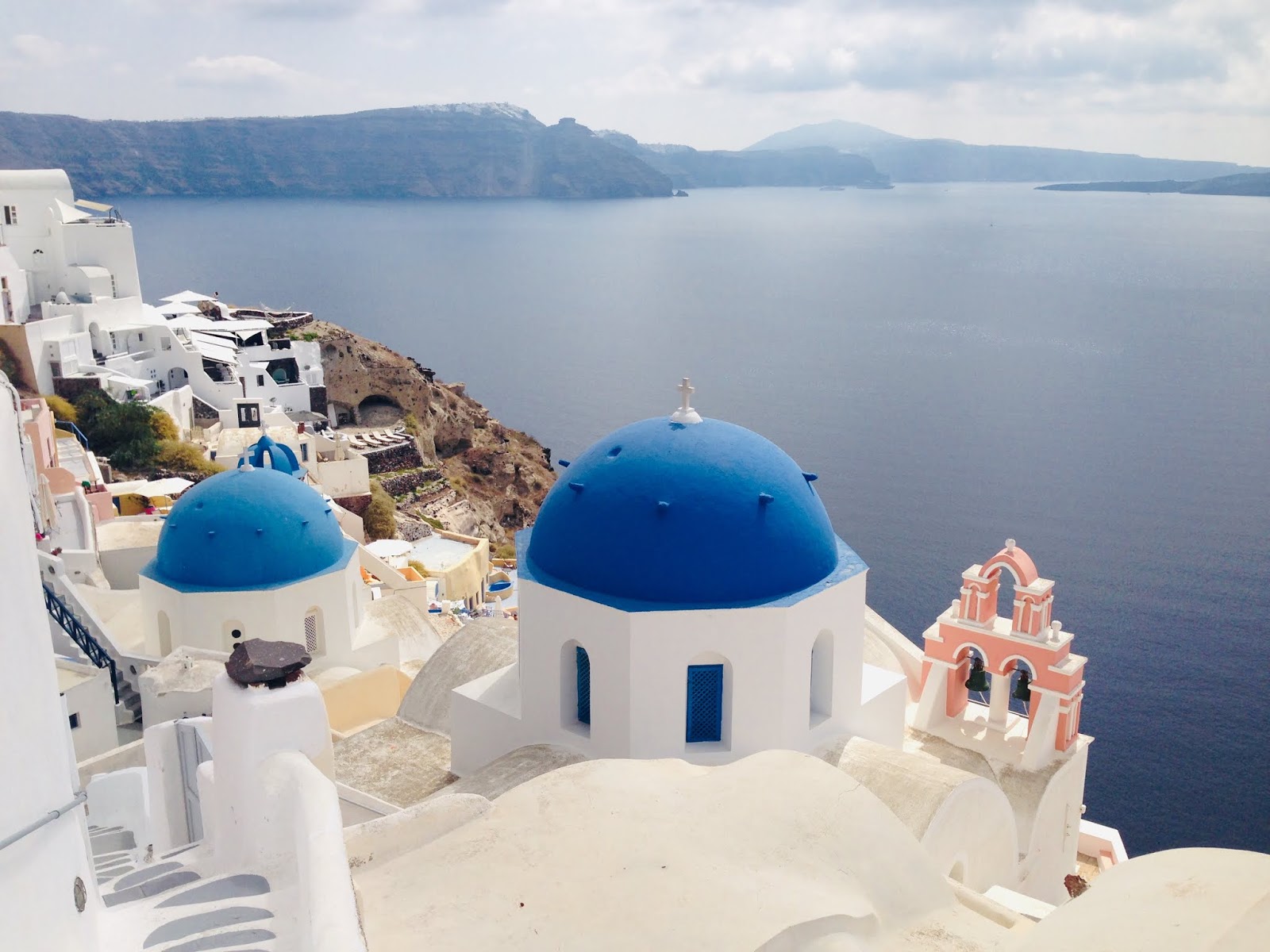 I would lie if I said I was not scared. I drove alone across the country before, from California to New Jersey, but traveling to another country or countries whose languages are not even English and alone, terrified me. I traveled to Cabo, Mexico alone, but Mexico is just next door to the US. And I do understand Spanish, but I don't understand Italian or Greek. A good friend of mine, who was nice enough to treat me and take me out when she found out that I was moving out of state asked me, "Are you not afraid to travel alone?" I replied, “I’m scared, but If I let fear take control, I would never get anywhere. I would never make my dreams come true.” Another thing that also helped me and always helps me when I am afraid is, to switch my focus on my favorite quote by Ralph Waldo Emerson, "All I have seen teaches me to trust the Creator for all I have not seen." I kept reminding myself, “If I made it back when I traveled abroad alone for the first time when I went to Cabo, then I would make it back also if I traveled alone to Europe for the first time.”

As I browsed on TripAdvisor.com to find places I would like to visit, I accidentally found Mykonos, Greece, which I realized I liked just as much as I liked Santorini. And when I was looking at the pictures of Venice, seeing St. Mark's Square brought back an old memory I did not even know I had. When I was in high school in the Philippines, while all of my friends from school were sure of what they wanted to be, like an engineer, an interior designer, a teacher, etc., I had no clue of what I wanted to be. There was this Filipino movie I watched at the time and can't even remember what the title was now and who the actress was (the actor was Gabby Concepcion). All I know is, it was filmed somewhere in Europe. The leading actress was a flight attendant in the movie. At the time, I told myself, "That's what I want to be, a flight attendant, so I can travel like her and see other countries." I left the Philippines before I even finished high school to join my mother in California in 1985. Of course, I never became a flight attendant, but my point is, it was when my dream of travel was first realized. It has been almost 30 years and all of a sudden, I started to remember this was the place I saw in the movie. The square and the pigeons all over it looked familiar. I wondered if that old dream was about to come true and I did not even see it coming. 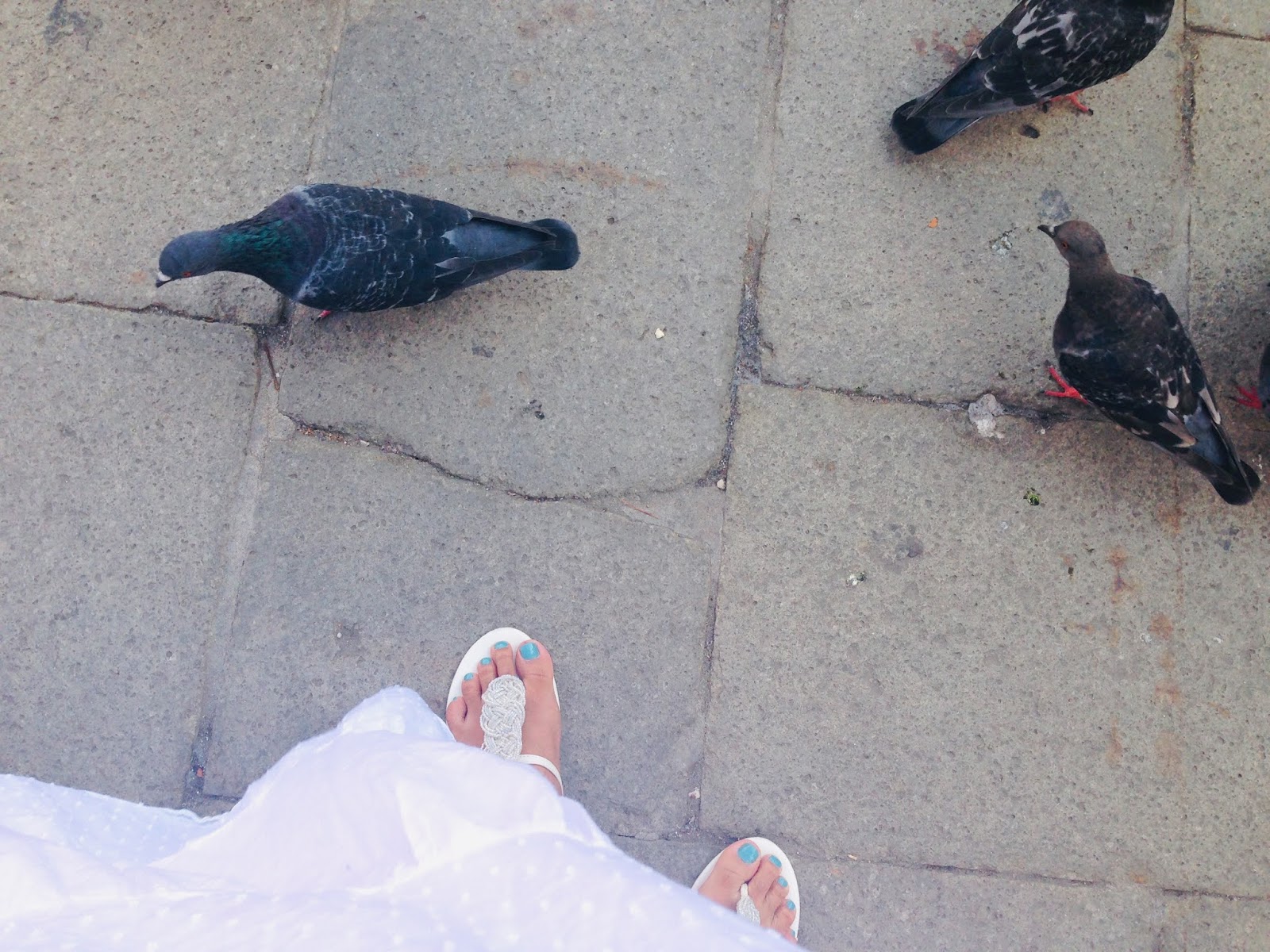 When I got there, it was really like I was having a dream. I could not believe what I was seeing and what I was experiencing. The best part was the bus ride to Venice. As I rode on the bus and gazed wondrously at every new thing I saw, I was having the time of my life. It was nice to see people, young and old, riding their bikes to wherever they needed to go. I thought the architecture of the houses and the buildings were so charming. I especially liked the lovely flowers on their windows. Then I remembered, I have seen this before when I was in Vegas. And it dawned on me, "That was just the glimpse and this is the real thing... and the real thing is a thousand times better!”

Some people might say, "It's not a big deal, it's just Venice. Thousands of people go there every day." It was more than that to me. It was about having a dream and when it was time for it to come true, to not be afraid to let it happen. When I did, the reward was more than what I could have possibly imagined.